Load Wedding is a 2018 Pakistani romantic social comedy film, which is mutually written by the director Nabeel Qureshi and the producer, Fizza Ali Meerza under the banner of Filmwala Pictures. The film stars Fahad Mustafa and Mehwish Hayat in lead roles. Released on Eid al-Adha; 22 August 2018, it was distributed by IMGC nationwide, and by Zee Studios internationally. 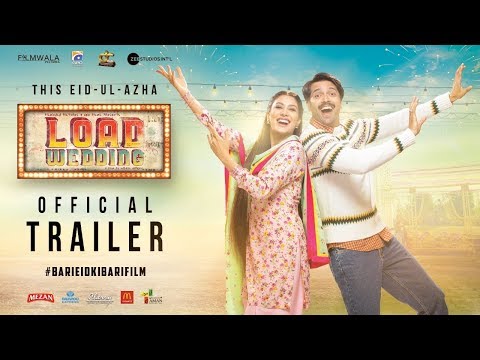